On Saturday, September 18, 2021, the DGS girls cross country team traveled to Detweiller Park in Peoria for the Richard Spring Invitational. The meet, hosted by Peoria Notre Dame HS featured 63 teams on the 3.0 mile IHSA State meet course. The Mustangs faired well, placing 10th at the varsity level, 13th at the Frosh/Soph level, and 5th at the JV level. Of the 38 DGS athletes that competed, 35 ran season best times, and 13 ran lifetime best times! 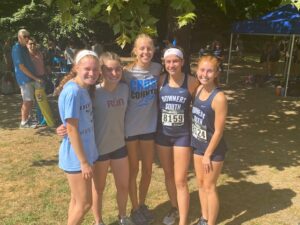 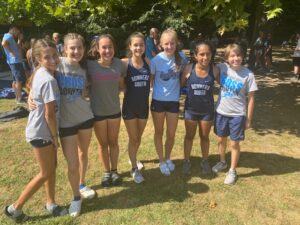 Full meet results can be found on Athletic.net, and DGS individual splits and times can be found on the Schedule/Results page. All levels will compete on Monday, September 20th at O’Brien Park in our only home meet of the season. This meet is also our Senior Night ceremony. The team will also compete in the Naperville Invite this Friday, September 24 at St. James Farm in Warrenville.